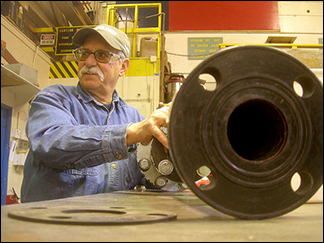 The Small Business Administration (SBA) estimates that 10 million individuals in the United States are victims of identity theft each year. But this crime doesn’t affect only individuals; it can also strike businesses — including those in the construction industry.

Recently, a plumbing contractor learned this the hard way.

The married couple owning the business kept a close handle on the books. The couple and their accountant and attorney were typically the only ones with access to the company’s tax and accounting records.
But there was one exception: About five years ago, the owners opened the books to a long-time manager who’d gained their trust. He eventually oversaw payroll and other transactions.

About two years after assuming this role, however, the manager had a disagreement with ownership over compensation. Although they resolved the dispute, the employee resigned soon thereafter. About a year later, the company began receiving collection letters for debts the owners weren’t aware of.

The owners called their accountant, who immediately began investigating the sources of the mysterious debts. After weeks of forensic work, she presented a summary of findings and recommended that the owners contact law enforcement.

Months later, the former manager was charged with a series of crimes related to business identity theft. Turns out, he’d stolen sensitive company information to file a fake tax return and claim a sizable refund. He’d also used the taxpayer ID and other company data to obtain credit cards in the business’s name.

The owners worked with their accountant to apply these practices to their specific situation. They also implemented other changes, such as dedicating one computer to banking and other secure transactions.

Unfortunately, this plumbing contractor spent a lot of time, energy and money fighting one fraud perpetrator. But, going forward, the company was far more aware of threats to its identity.

If you feel your business has been compromised due to identity theft, let’s talk. I can help you to pinpoint the issue and offer guidance on the right remedy for your company.

This website uses cookies to improve your experience while you navigate through the website. Out of these, the cookies that are categorized as necessary are stored on your browser as they are essential for the working of basic functionalities of the website. We also use third-party cookies that help us analyze and understand how you use this website. These cookies will be stored in your browser only with your consent. You also have the option to opt-out of these cookies. But opting out of some of these cookies may affect your browsing experience.
Necessary Always Enabled
Necessary cookies are absolutely essential for the website to function properly. These cookies ensure basic functionalities and security features of the website, anonymously.
Functional
Functional cookies help to perform certain functionalities like sharing the content of the website on social media platforms, collect feedbacks, and other third-party features.
Performance
Performance cookies are used to understand and analyze the key performance indexes of the website which helps in delivering a better user experience for the visitors.
Analytics
Analytical cookies are used to understand how visitors interact with the website. These cookies help provide information on metrics the number of visitors, bounce rate, traffic source, etc.
Advertisement
Advertisement cookies are used to provide visitors with relevant ads and marketing campaigns. These cookies track visitors across websites and collect information to provide customized ads.
Others
Other uncategorized cookies are those that are being analyzed and have not been classified into a category as yet.
SAVE & ACCEPT
Shares