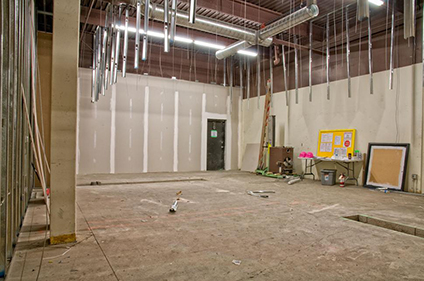 It’s trite but true: time is money. In the construction industry, that saying is particularly pertinent.

If a project can’t be completed on time, it may result in penalties and other unwanted repercussions, not to mention the harm to a construction company’s reputation. In the worst-case scenario, the firm may not get paid at all.

Delays in construction aren’t unusual and are usually covered by the terms of the contract. Typically, contracts set a number of deadlines, with penalties for failing to complete each on time, barring any special circumstances. Of course, looming large is the ultimate deadline — the substantial completion date.

Besides a final payoff, the substantial completion date may affect other matters, including state and local government requirements, payments to third parties, availability of tax incentives and responsibilities to lenders. It can’t be viewed in a vacuum.

The specifics will vary, but the list of elements governed by contract terms likely is to include the following items.

Identification of deadlines. In some cases, the contract will specify a hard-and-fast calendar due date, such as the end of business at 5 pm (insert time zone) on December 31, (insert year). Alternatively, you might tie the completion date to a specific event, such as one year after the municipality issues a building permit or two years after the contract is signed.

If you use a date tied to an event, make sure that the language in the contract is clear. Also, check to avoid deadlines that occur on a weekend or holiday or make appropriate adjustments (for example, the next business day).

Excused delays. This is often at the crux of conflict between construction firms and clients, so it’s important that excused delays are ironed out in the contract. An “excused” delay is one that couldn’t have been reasonably foreseen before the parties signed the contract.

Excused delays can be a significant negotiating point and your interests may lie in whether your firm is the general contractor or a subcontractor. Although it may be difficult to resolve these issues at the outset, it could save plenty of hassle — not to mention legal fees — by coming to a clear agreement in the contract.

Money. If delays are caused by factors outside of your control, your firm may require an increase in pricing to meet the specs of the project. Again, your needs may vary based on your role in the process, and you might specify increases for certain types of excused delays and not for others.

Owner-caused delays. Even though construction firms often cause delays, the fault may lie with the property owner. For instance, an owner might make substantial revisions to the building plans, fail to point out flaws in the design or other problems after work has already started or simply procrastinate when important decisions must be made. Similarly, a subcontractor may be held back by the actions, or inactions, of a general contractor.

As you might imagine, this can turn into a contentious issue, so again it’s best to address contingencies in the contract. It must be established whether the delay is caused by one party or multiple parties and how the penalties and extra costs should be allocated. It’s best to clearly define the terms before problems occur and rely on an exact formula for attributing costs.

Finally, note that delays may occur because the owner fails to make good on certain promises, such as payment at different stages of the project. It’s logical that the construction firm shouldn’t bear the burden of this type of delay and terms in the contract may address these situations.

Notification. When a delay occurs — by either party to the contract — notification is generally required. Typically, this responsibility is triggered after a designated number of days, such as 30 days after a deadline is missed. Failure to provide proper notification will often result in a waiver of rights and price adjustments.

Not only does this provision ensure that delays are legitimate, it creates a timeline that can be easily verified, thereby ensuring enforcement of contract terms. However, frequent delay notifications may also be a nuisance and hurt the relationships of the parties. Consider this in your negotiations.

In a typical situation, one of the parties will suffer damages when delays push back completion of the project. For example:

These consequential damages also may be reflected in the contract. However, based on the language of the contract, it may not be possible to recover such damages, especially when they’re speculative in nature. It may be difficult to prove the dollar value with a reasonable certainty, so some costs may have to be absorbed.

This provision generally stipulates an amount (such as $1,000 for every day the project is late). The amount is usually deducted from the project price. It should be noted that liquidated damages are often contested as to the enforceability of the provision and the calculation of the damages.

Pay close attention when you enter into a deal no matter how profitable it initially appears. Have your legal advisor draw up the contract to help ensure you’re adequately protected in the event of any significant delays.

Some construction delays have higher profiles than others.

Problems are to be expected, of course, but some of these caught the parties by surprise, such as:

Initially, the project was supposed to be completed by October 2017. Now TIA officials will gladly settle for an opening before spring break in 2018.

This website uses cookies to improve your experience while you navigate through the website. Out of these, the cookies that are categorized as necessary are stored on your browser as they are essential for the working of basic functionalities of the website. We also use third-party cookies that help us analyze and understand how you use this website. These cookies will be stored in your browser only with your consent. You also have the option to opt-out of these cookies. But opting out of some of these cookies may affect your browsing experience.
Necessary Always Enabled
Necessary cookies are absolutely essential for the website to function properly. These cookies ensure basic functionalities and security features of the website, anonymously.
Functional
Functional cookies help to perform certain functionalities like sharing the content of the website on social media platforms, collect feedbacks, and other third-party features.
Performance
Performance cookies are used to understand and analyze the key performance indexes of the website which helps in delivering a better user experience for the visitors.
Analytics
Analytical cookies are used to understand how visitors interact with the website. These cookies help provide information on metrics the number of visitors, bounce rate, traffic source, etc.
Advertisement
Advertisement cookies are used to provide visitors with relevant ads and marketing campaigns. These cookies track visitors across websites and collect information to provide customized ads.
Others
Other uncategorized cookies are those that are being analyzed and have not been classified into a category as yet.
SAVE & ACCEPT
Shares