President Trump and Republican members of Congress say the Tax Cuts and Jobs Act (TCJA) will bring $3.2 trillion in tax cuts. Now that the bill has passed, everyone wants to know how much they’ll save.

Unfortunately, the tax bill won’t be good news for everyone. Here’s a comparison of how tax results for a typical family of four might be affected by the tax law changes, which generally are effective for tax years beginning after December 31, 2017.

Meet the Smiths. They’re a family with two married parents and 18-year-old twins. Their adjusted gross income (AGI) for 2017 is $200,000. And they qualify for the following itemized deductions:

For 2017, the tax brackets for a married couple that files jointly are: 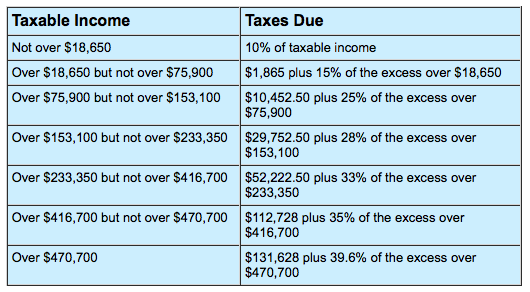 For simplicity, let’s assume the family’s income and deductions stay the same in 2018. So, again, they have AGI of $200,000 for 2018. But the rules regarding itemized deductions have changed under the new tax reform law. They’re still eligible to deduct charitable contributions and mortgage interest, but their deduction for state property and income tax (combined) is limited to only $10,000. So, the couple’s itemized deductions total $35,500 for 2018.

The personal and dependency exemptions were suspended through 2025 under the new tax law. The TCJA increases the child credit to $2,000 and the AGI phaseout threshold to $400,000. But the Smiths’ two children, who are over age 17, don’t qualify for the child tax credit. (If their children were under 17, the Smiths would be eligible for $4,000 in child tax credits for 2018.) However, for both of their kids, the family qualifies for the new $500 credit for each dependent who isn’t a qualified child. So the Smiths are eligible for $1,000 in dependent tax credits. 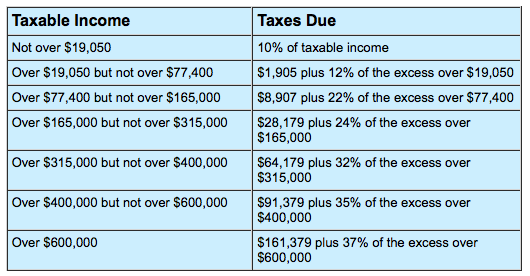 As this hypothetical example shows, the TCJA won’t cut taxes for everyone. Here, the Smiths would end up owing an extra $891.50 in taxes for 2018 under the new law, compared to what they will owe for 2017 under the old law. Even though their effective tax rate is reduced, the new law eliminates or limits some key tax breaks for this family and results in a higher tax bill.

Specifically, their state tax deduction was limited to only $10,000 for 2018, and their personal and dependency exemptions were eliminated for 2018.

Important note: As this example shows, a tax credit (like the child tax credit or the new dependent tax credit) will always provide greater tax savings than a deduction (like the dependency exemption), because credits reduce taxes dollar for dollar. A deduction reduces only the amount of income that’s subject to tax.

Each taxpayer’s situation is unique. Discuss the pros and cons of the new tax law with us to determine how the law will affect you and identify tax planning strategies to help lower your taxes in 2018 and beyond.

This website uses cookies to improve your experience while you navigate through the website. Out of these, the cookies that are categorized as necessary are stored on your browser as they are essential for the working of basic functionalities of the website. We also use third-party cookies that help us analyze and understand how you use this website. These cookies will be stored in your browser only with your consent. You also have the option to opt-out of these cookies. But opting out of some of these cookies may affect your browsing experience.
Necessary Always Enabled

Performance cookies are used to understand and analyze the key performance indexes of the website which helps in delivering a better user experience for the visitors.

Analytical cookies are used to understand how visitors interact with the website. These cookies help provide information on metrics the number of visitors, bounce rate, traffic source, etc.

Advertisement cookies are used to provide visitors with relevant ads and marketing campaigns. These cookies track visitors across websites and collect information to provide customized ads.

Other uncategorized cookies are those that are being analyzed and have not been classified into a category as yet.